Pre-emergent herbicide creates a barrier in your soil that kills any seeds as they sprout. By timing its application correctly, you will stop new weeds from growing in your yard. If timed wrong, your pre-emergent will be far less effective.

Because Texas has such a temperate climate, weeds are a year-round concern. By using pre-emergent three times each year, you will stop spring and summer weeds from taking over your yard and prevent cold-season weeds and invasive grasses from sprouting up over winter.

How Does Pre-Emergent Work?

Pre-emergents are a type of herbicide that soaks into the soil and provides a barrier against any sprouting seeds for approximately 6 weeks. For the time period that pre-emergent is active in your soil, all plants, weeds, and grass seeds will be killed as they germinate.

Pre-emergent is a very effective form of weed control in lawns with established grass. This is because pre-emergent does not harm mature plants. If you spread pre-emergent in your yard, your existing plants and grass won’t be harmed, but new plants won’t sprout. Keep in mind, pre-emergent stops all plant types from sprouting, including any grass seed you spread.

How to Time Pre-Emergent Herbicide Application

Pre-emergent herbicides only kill weed seeds as they sprout. It will not kill dormant seeds or sprouted weeds. Because of this, it’s important to spread pre-emergent shortly before weeds begin to sprout.

Texas is warm enough that different species of weeds can sprout at several points during the year. If you apply pre-emergent only once in early spring, you will only stop a fraction of weed species from growing. You’ll leave your lawn open to attack from late summer annuals and winter weeds. Below is a quick guide to the common Texas weed species by season.

Applying pre-emergent 3 times per year prevents weeds from ever getting a foothold in your Texas lawn. It’s an essential step to target weed species that appear outside of spring.

From the Gulf of Mexico to the Llano Estacado, Texas covers a lot of ground. Because it is such a large state, pre-emergent timing varies from region to region. When in doubt, consult a free soil temperature map to determine if it’s time to apply pre-emergent. Keep the following in mind for precise timing.

Below are reliable dates for pre-emergent applications for each region of Texas. However, the weather will vary each year, so it’s good to keep an eye on soil temperatures.

South Texas warms up early in the year, has mild winters, and receives a lot of precipitation. This creates the perfect conditions for weed invasion year-round. The best times to spread pre-emergent weed control in the Houston area are:

The Dallas area is known for invasive grassy weeds, including some aggressive Annual Bluegrass that attacks lawns in the fall and winter months. Here’s how to time your pre-emergent in the Dallas, Fort Worth, and North Texas areas:

Even the drier parts of West Texas are home to a variety of lawn-destroying weeds. The numbers below are based on weed control for the Concho Valley region but apply to many areas of West Texas.

Can You Put Down Pre-Emergent too Early in Texas?

It is possible to apply pre-emergent herbicides too early in Texas. For instance, if you apply your spring pre-emergent before the soil warms up to 55 degrees, the pre-emergent will be treating soil where no weeds are sprouting. This will reduce the effectiveness of your pre-emergent and cause more weeds to come up once the pre-emergent washes out of the soil.

It’s essential to apply pre-emergent at the right time for optimal weed control. Follow all packaging instructions for application instructions and volumes.

Is it Too Late to Apply Pre-Emergent Herbicide?

It’s never too late to start applying pre-emergent products. Did you miss your spring application and now you’re seeing clover and crabgrass all over your yard? Don’t worry. Just perform your summer application to stop the henbit and purslane from invading and follow up with your winter application. All that matters is timing your seasonal applications properly.

Can You Apply Pre-Emergent and Post-Emergent at the Same Time in Texas?

Pre-emergent and post-emergent weed controls can be used simultaneously. In the South, you have to do whatever it takes to reclaim your yard. In fact, it’s good practice to attack emergent weeds at the same time you use pre-emergent.

What is the Best Time to Apply Pre-Emergent in Texas?

To stop Texas weeds of all types from sprouting in your yard, apply pre-emergent herbicide three times each year.

If combined with a program to get rid of existing weeds in your yard, this Texas pre-emergent schedule will soon create a weed-free yard for you to enjoy. 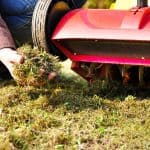 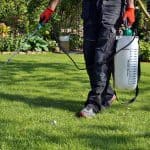