To remain safe, you should never burn pokeweed to dispose of it. The pokeweed plant contains poisonous sap that causes a skin rash. If you burn pokeweed, the smoke from the fire will contain these toxins. Breathing in even a small amount of this smoke will bring the toxins into your lungs and airways. This can cause a severe allergic reaction that may result in trouble breathing. To avoid this, dispose of pokeweed in the trash, not by burning it.

How Do You Identify Pokeweed?

Pokeweed (phytolacca americana) is a large perennial weed, sometimes growing to heights of 8 feet (2.4 meters) or taller. It can be recognized by its long, narrow leaves with rippled edges, green or white clusters of flowers, and black berries that grow in bunches like grapes. The stems of the berry clusters often turn red as the berries ripen. The berries of this plant are poisonous to touch. Pokeweed should not be touched with bare hands and pokeweed berries should never be eaten.

Pokeweed is found throughout most of the United States and Eastern Canada. However, it thrives in warm regions. If you suspect you have pokeweed growing near your home, make a plan to kill and remove it quickly.

Pokeweed’s largest poison risk comes when the berries are eaten. The clusters of berries resemble blackberries, so they are sometimes seen as food by children, pets, or livestock. However, eating pokeberries can cause a severe poison reaction. According to Mount Sinai Hospital, signs of pokeberry poisoning begin about 6 hours after the berries are eaten. Side effects include nausea, vomiting, convulsions, and stomach pains. In severe cases, pokeweed poisoning can even be fatal. If you suspect you or a loved one is suffering from pokeweed poisoning, follow these guidelines from Poison Control and seek emergency medical attention.

Why Should You Never Burn Pokeweed?

The sap in pokeweed contains phytolaccatoxin. When you burn pokeweed that still contains sap, this toxin is contained in the smoke from the fire. Anyone close enough to the fire to smell smoke could be inhaling this dangerous toxin. Breathing in this smoke can cause an allergic reaction in your lungs and airways. This can result in trouble breathing, rash around your lips or nose, and fever. In order to prevent this, do not burn pokeweed to dispose of it.

The greatest danger comes from burning green pokeweed that still contains a lot of sap. So, it is much safer to burn dried pokeweed. However, it’s not worth the risk. Dried pokeweed can still contain toxins. To remain safe, keep all pokeweed out of the fire.

How Do You Dispose of Pokeweed Safely?

The quickest and best way to dispose of pokeweed is to bag it in securely tied bags and dispose of it in the trash. This will remove the poisonous plant from your home and ensure that no people or pets come in contact with it. This goes for all portions of the pokeweed plant. Even the pokeweed root is poisonous, so all pieces of the root should be thrown into the garbage as well.

If you wish, you can compost pokeweed. However, adding any poisonous plant to your compost pile makes working with that compost difficult until the decomposition process is complete. Make sure to wear heavy gloves, long sleeves, and eye protection when handling pokeweed or compost that contains pokeweed. For safety reasons, your best bet is to throw away pokeweed as soon as you remove it.

Can You Burn Pokeberry Plants?

It is dangerous to burn pokeberries or any part of pokeweed plants, including the roots. The reasons for this are:

In order to prevent a dangerous allergic reaction, wear protective gear whenever you are removing pokeweed. Immediately bag pokeweed and dispose of it. Like poison ivy and other toxic plants, it’s best to never burn pokeweed under any circumstances. 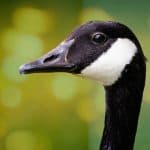 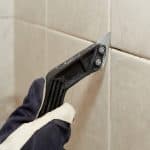