Pulling weeds is more effective than cutting as long as the entire root is removed when pulling the weed. A weed that has been completely uprooted cannot grow back because there is no weed left. If you cut the top off a weed, the roots are still in the soil, and the weed can send up new shoots. A cut weed continues robbing nutrients from your soil and may need to be cut several times to kill it. It’s less work in the long run to pull weeds up.

What are the Advantages of Pulling Weeds?

Pulling out weeds beats cutting for weed removal because it truly is a permanent solution. If you pull out weeds with the roots, you remove the entire plant, ensuring it can’t grow back. Just make sure you remove the weed top along with the root. Don’t allow the weed to break off at the surface and leave its roots behind. Weeds that are cut at the surface can regrow. Weeds that have been uprooted won’t grow back.

Pulling out individual weeds also isn’t much more work than cutting them. An annual weed, such as chickweed, has very shallow roots that will come free with a slight tug. Crabgrass and other grassy weeds also have relatively shallow roots. A deep-rooted perennial weed, such as dandelions, may require more effort to uproot, but with the right weeding tool, the job can be taken care of easily. 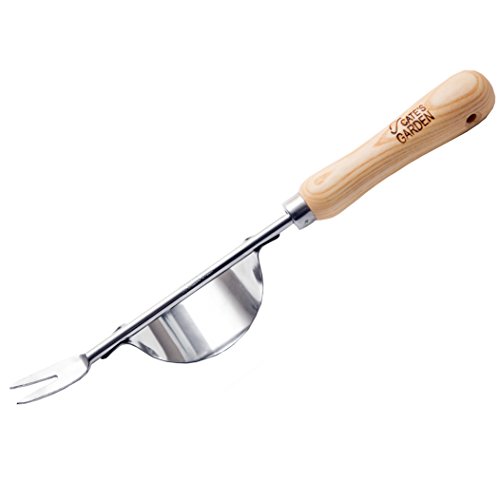 Why is Cutting Weeds Worse than Pulling Them?

Cutting weeds at or near the soil surface leaves the entire weed root system unharmed. While this may be enough to kill some small, immature weeds, established perennial weeds will send out new shoots from the root. You will have to continually cut these weeds off at the surface, often 3–4 times, before they exhaust their energy reserves and die completely. If you miss one of these pesky weeds and it sprouts a few new leaves, it will regain strength and you’ll have to begin your battle all over again.

Cutting a weed off at surface level, making certain to remove every leaf, can be tough work. If even a few leaves are left, the weed will continue to feed itself and drive new growth. Also, it’s essential to remember that living weed roots in the soil will steal available water and nutrients to drive regrowth. This means less water and fuel for your lawn and garden.

What to Do if Weeds Come Back After Pulling?

If you have stubborn weeds that seem to keep coming back after pulling, it’s time to use a systemic herbicide that attacks weeds. Herbicidal weed killer works by infiltrating a plant’s systems and attacking down to the root.

For a weed spray that really kills weeds down to the root and prevents their return, you will need to use herbicide. Homemade weed sprays, such as vinegar, only burn the leaves and stems of the weed plant. The roots are unharmed and will send up new shoots. This makes vinegar as ineffective as cutting weeds and much less effective than pulling weeds or using a herbicide spray. 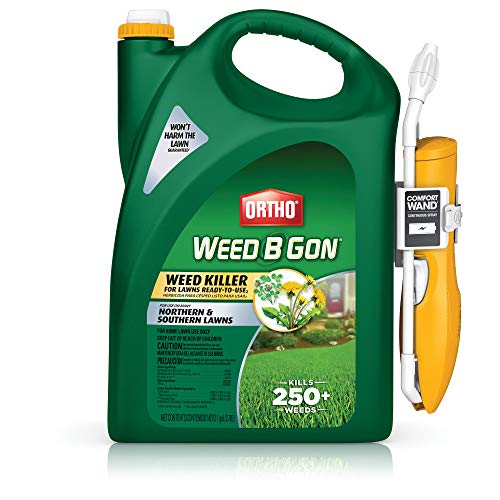 Pulling weeds will not cause more weeds to sprout. In fact, it is a very effective way to get rid of weeds in your lawn and garden. The only time there is a danger of a pulled weed creating new weeds is if you uproot a weed that is ready to drop seeds and leave it in your yard or garden bed. An uprooted, mature weed can still drop weed seeds. For this reason, it’s a good idea to remove uprooted weeds from your yard.

Weeds are notorious nutrient and water hogs. A weed-choked lawn or vegetable garden will struggle because the weeds are competing with your desirable plants for essential resources. By removing weeds, you boost the growth of your other plants and allow them to grow strong enough to prevent new weeds from sprouting.

Is it Bad to Mow Over Weeds?

Mowing over weeds will not cause harm to your lawn, but it won’t solve your weed problems. Your mower won’t cut the weeds low enough to deprive them of sunlight, so the weed will simply recover from mowing, much the same way grass does. The biggest downside of mowing weeds is that it can make them hard to identify, once their signifying flowers and stalks are cut off. It’s best to pull weeds before you mow, when they’re easily found.

Mowing weeds does have one benefit. You may be able to chop off immature seed heads and prevent them from flowering and spreading seeds. This can help slow the spread of some types of weeds, but it won’t eradicate them.

Is it Better to Cut or Pull Weeds?

Pulling weeds is far more effective than cutting them with a string trimmer, hoe, or lawn mower. If you pull a weed out entirely, including the roots, then the weed will be killed and will not grow back. If you cut a weed instead of pulling it, the roots of the weed will try to send up new shoots over and over. If you want to get rid of weeds permanently the natural way, pulling them is the way to go. 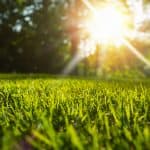 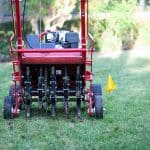