Dicamba is a selective herbicide that kills broadleaf weeds but does not harm grass. In home use, it is used for killing invasive weeds (dandelion, clover, etc.) in the grass. Glyphosate, in comparison, is a non-selective herbicide. This means it kills every type of plant, including grasses. Its best application is for spot-controlling weeds and pest grasses.

Beginning in 2020, Dicamba use was outlawed in agricultural applications in the United States, but these rulings were overturned. The outcry against this herbicide was due to Dicamba vapor moving from the areas where it was sprayed to other crops, killing them. While Dicamba is still included in some home-use products, there are toxicity concerns with this herbicide. Glyphosate is generally considered safer.

Dicamba or Glyphosate for Home Use?

Whether you use Dicamba or Glyphosate at your home depends on the situation at hand. The two weed killers work in different ways and solve different problems. Here’s a quick breakdown:

Dicamba is often mixed with other broadleaf weed killers, such as 2,4-D, to control a broader spectrum of broadleaf weed species. In home use, you will rarely find pure Dicamba products.

How Long Does it Take Dicamba to Kill Weeds vs. Glyphosate?

In a simple battle of speed, Dicamba wins. When mixed with other herbicides Dicamba products may work even faster at killing weeds.

Dicamba and Glyphosate are two completely different herbicides. There is no Glyphosate in Dicamba or vice-versa.

Because Dicamba and Glyphosate are two different active ingredients, they should be treated differently and used for different applications.

Is Dicamba the Same as Roundup?

Dicamba and Roundup are not the same thing. Roundup is the brand name for a roster of weed control products. Some Roundup products contain Dicamba, but most do not.

Roundup is most known for manufacturing Glyphosate-based weed killers. However, take a look at the active ingredients on the label when purchasing a Roundup product. It may contain Glyphosate or Dicamba.

Is Dicamba Safer than Glyphosate?

Dicamba is considered to be less safe for the environment and humans than Glyphosate. The reasons why Dicamba is a higher risk are:

The primary reason Dicamba is no longer in agricultural use in most applications is because of herbicide drift from Dicamba vapor. Dicamba has a tendency to drift from the fields where it was sprayed to other crops, causing large-scale harm.

How Long Does Dicamba Stay in the Soil Compared to Glyphosate?

Dicamba remains active in soil for up to 14 days after application. Glyphosate’s in-ground half-life is anywhere between 3 and 249 days, depending on environmental factors, but it is typically not harmful to plants once it is in the soil.

Dicamba is so powerful as a weed killer in the soil that some claims have listed it as a pre-emergent control since it will kill any weeds that try to sprout for up to 2 weeks after application. This could be considered as a positive or a negative, depending on your situation.

Why is Dicamba Illegal?

Dicamba was involved in several legal battles in 2020, and was briefly banned. However, the latest ruling in October 2020 declared Dicamba legal for use in agricultural applications.

The use of Dicamba is still hotly contested, and the controversial herbicide may be placed under ban again. While this ban may not apply to home use immediately, any potential purchaser of this product deserves to be aware of the controversy and potential danger of use.

Is Dicamba a Carcinogen?

Although the details of its toxicity are still unclear, studies have found a link between Dicamba use and increased risk for some forms of cancer and leukemia. Other studies have also linked Dicamba to hypothyroidism.

Because both Dicamba and Glyphosate have been tied to increased risk of cancer, it’s important to consider these factors before using the products around your home and family. You may decide a natural weed killer is a better choice.

What are Alternatives to Dicamba and Glyphosate?

If you wish to avoid the use of Dicamba, Glyphosate, or both herbicides, several options are available to you. Ammonium Nonanoate is a natural weed killer derived from plant oils that can be used as a weed spray.

Fast-Acting Herbicide Spray
Ortho | GroundClear Weed & Grass Killer | Ready-to-Use
Buy Now
Check Home Depot
We earn a commission if you click this link and make a purchase at no additional cost to you.

The good news is, several products are available for both selective and non-selective weed control that allow you to avoid using Dicamba or Glyphosate if you wish. By arming yourself with knowledge about the products you use, you can make the safe choice for yourself and your family. 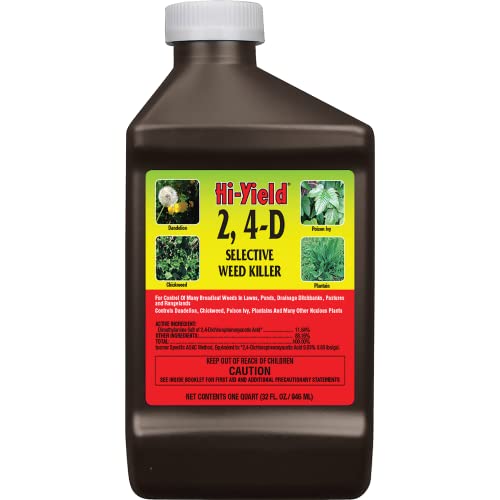 Which is Better: Dicamba or Glyphosate?

Dicamba is a selective weed killer that is good for killing broadleaf weeds growing among grass. Dicamba won’t attack grass. Glyphosate, on the other hand, attacks both grass and broadleaf plants, meaning it will kill your turf grass if applied to your yard. It should be used for spot-treatment. Both Dicamba and Glyphosate can be effective, depending on the task at hand.

Keep in mind, both Dicamba and Glyphosate have been embroiled in controversy, and studies have linked both these herbicides to increased cancer risk in humans. Make sure you know the risk before you buy, or choose a safer alternative to these chemicals. 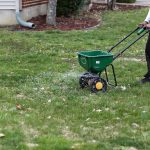 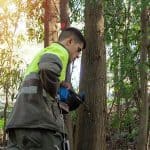