Boiling water is effective at killing ants when it is poured directly onto them. It can also sometimes be used to kill ant mounds, but this method is less reliable. The soil will soak up and cool a lot of the hot water poured into an ant mound, which may render it ineffective before it reaches the queen and the eggs. So, boiling water will wipe out small ant mounds, but it will usually not kill large colonies. The tough part is, it’s impossible to tell how large an ant mound is from the surface. A seemingly small hole could be one of the entrances to a huge ant colony.

Boiling water is one method of killing ants, but it’s not the only one. It’s also not the most effective method. If you’re looking for the best methods to get rid of ant colonies in your yard, they are:

Pesticides are the strongest ant killer you can use, but they can be harmful to your grass. Some well-placed ant baits will wipe out the entire colony. This is because worker ants will collect the poison, thinking it’s food, and feed it to their queen. Once the queen is killed the entire colony will die off.

How Hot Does Water Have to Be to Kill an Ant?

Some ant species create sprawling underground tunnels with several entrances. What you see as multiple ant mounds may in fact be different branches of the same underground network. If so, the colony is usually so large the water will be absorbed by the soil before it reaches the queen and kills her.

Cold water will not kill ants. Ants are extremely hardy insects that are capable of surviving in extreme temperatures. Not only are ants found on every continent except Antarctica, but they’re also able to survive in frigid regions. There is even a species of ant that is native to Iceland. Simply put, unless your water is boiling hot, it won’t kill any ants.

Hot water works for killing ants, but it’s important to keep these facts in mind:

While boiling water is a natural method for killing ants, it’s not 100% effective. It’s worth trying to kill the ant colonies in your backyard with boiling water. However, if it fails, try stronger methods. 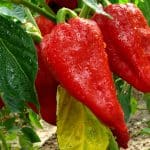