Organic mulches decompose naturally over time, adding beneficial nutrients to the soil and contributing to garden health. Whether you use bark mulch, wood chips, or an alternative organic mulch, it will eventually break down. Permanent mulches, such as rocks, rubber, or plastic mulch will not decompose over time. 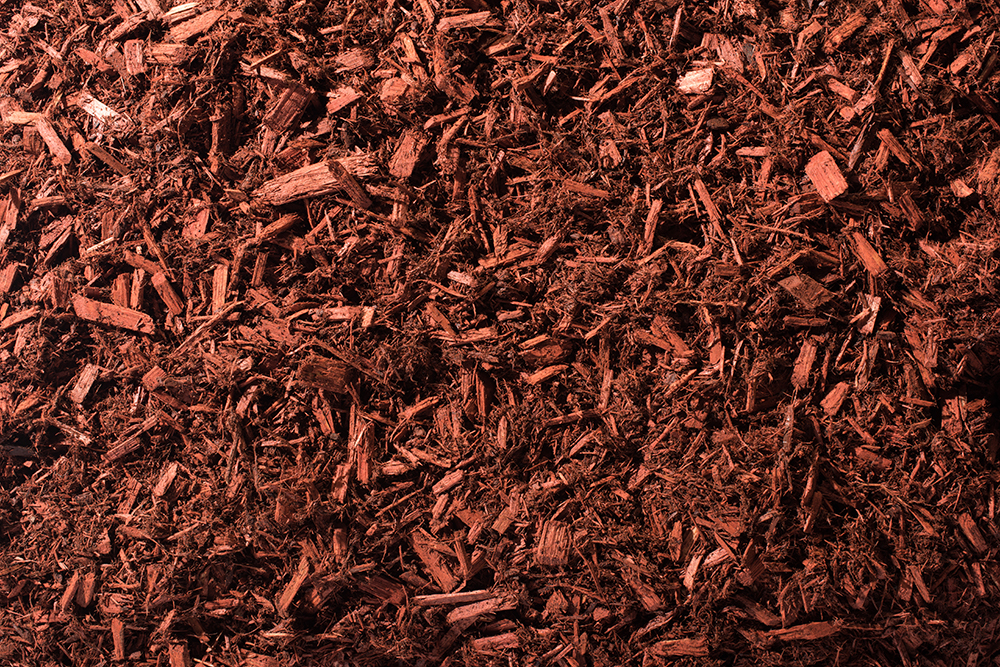 How Long Does it Take for Mulch to Decompose?

Organic mulches decompose at different rates depending on the type of mulch, the environment, amount of moisture, and the size of the mulch (a mulch made up of small wood chips decomposes faster than large wood chips). Despite this, you can usually determine how fast a mulch will decompose based on the kind of mulch used. Here is a quick guide to mulch decomposition rates by type:

This information may influence what mulch you choose to use in your garden. Are you looking to lay a ground covering that will help smother weeds and retain moisture with little maintenance? Bark mulch is a great choice. Would you prefer to feed your soil with a fast-decomposing mulch that provides a lot of nutrients? Shredded leaves are a great choice.

What Does Mulch Break Down Into? 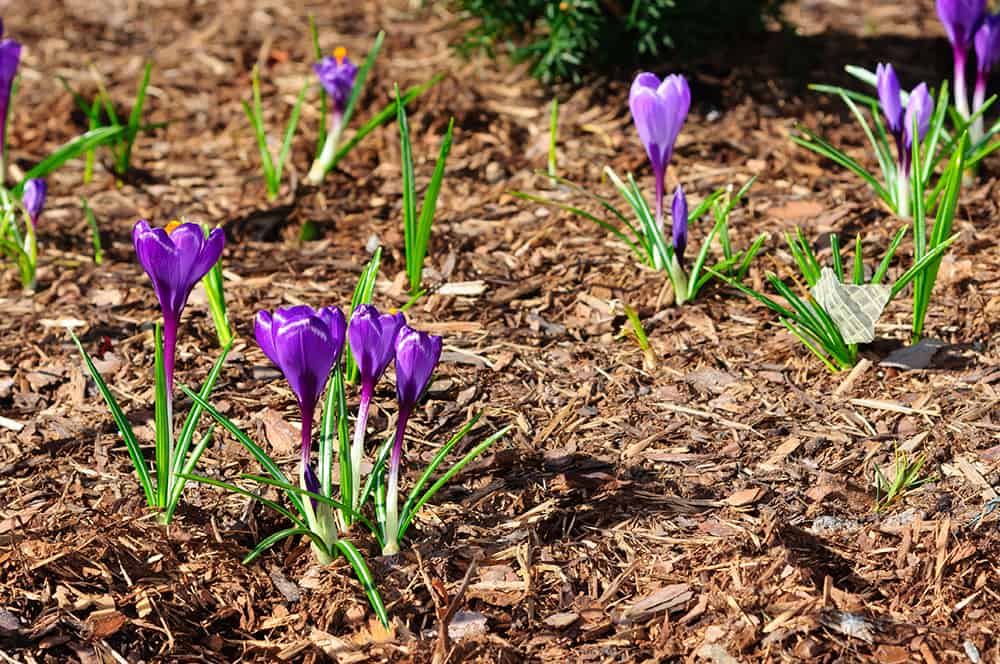 Decomposing mulch breaks down into nutrient-rich organic material. If you’ve ever composted, you’ve seen the rich, dark material that marks good compost. This is what organic mulches become, little by little, as they decompose.

Looking closely at the soil, you’ll find that only 10% of soil typically consists of this plant-fueling organic material. The other 90% is crushed rock and sand that does little to feed plants. Decomposing mulch slowly introduces organic material superfood to your garden, improving the soil and boosting plant growth.

Does Mulch Turn into Soil?

Rather than think of mulch as slowly becoming soil, think of mulch as gradually transforming into compost as it decomposes. Compost (and decomposed mulch) are rich with nutrients and healthy microorganisms that help battle weeds, feed plants, and balance the pH levels in your soil. Essentially, mulch becomes a natural fertilizer and soil additive. Decomposed natural mulch is a benefit for your soil.

Will Mulch Decompose Under Topsoil?

If you bury mulch under a layer of topsoil, it will still decompose into compost/fertilizer, but this process will take longer than it would if the mulch was on top of the soil.

Technically, rubber mulch does decompose, but this process can take upwards of 50 years. For all intents and purposes, rubber mulch is treated as a permanent mulch. Once you spread rubber mulch or an inorganic mulch such as gravel or plastic mulch, do not expect it to break down.

Inorganic mulches are great for gardens where you don’t want to perform regular maintenance and replenish decomposing mulch. You can lay 1–4 inches of permanent mulch and expect it to keep weeds at bay for decades to come with little maintenance.

Is There a Way to Make Old Mulch Decompose Faster?

Do you want to get rid of old, discolored, or unsightly mulch the natural way? Maybe you just want to hasten decomposition to feed your garden faster? Here are a few techniques to help find the fastest way to decompose mulch. 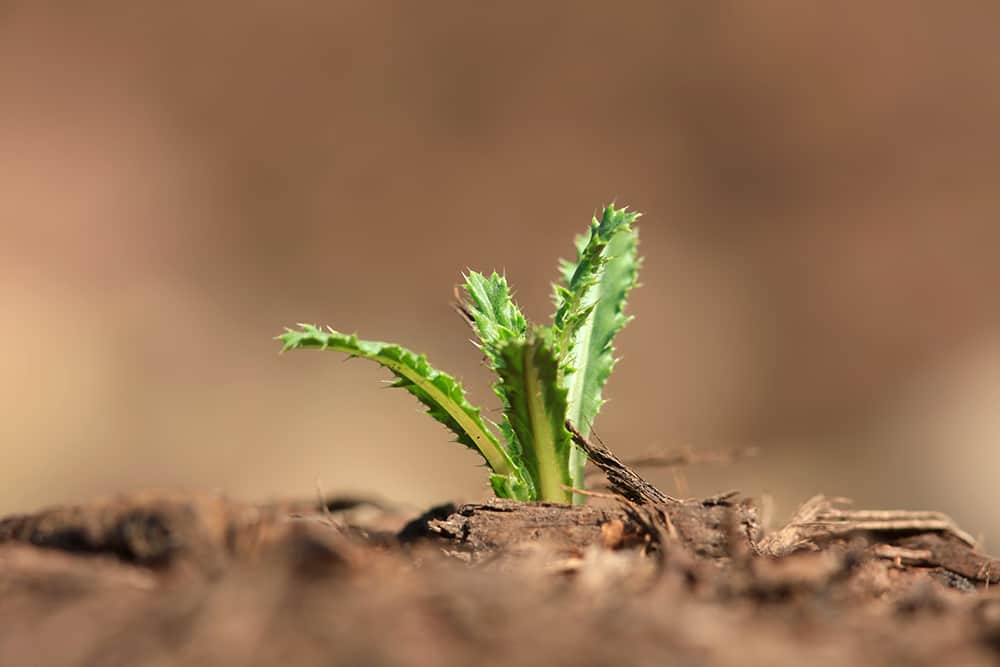 Weeds and other plants present in the garden will not help mulch decompose. If anything, an abundance of weeds in your mulch will slow decomposition.

The bacteria responsible for breaking down mulch require nitrogen for fuel. Although mulch contains some nitrogen, it may need to “borrow” some from the soil to speed the process. This is not a cause for concern, because decomposing mulch returns more nitrogen than it borrows, resulting in a net positive for the soil. Weeds can disrupt this beneficial cycle because growing weeds may rob nitrogen from the soil, stealing the nutrients that help your mulch break down.

Weeds also rob moisture from the soil, which slows mulch decomposition. Moist soil provides the perfect place for mulch to break down. If a crop of weeds starts stealing all that water, your mulch will dry out and decomposition will slow to a halt.

If you want your mulch to break down and feed your garden plants, keep weeds out of your mulch.

All organic mulches break down over time. Some types, such as bark mulch, require several years to fully decompose. Other mulch varieties, such as leaves or grass clippings, can break down in as little as a few months.

Decomposing mulch is a benefit for your soil. It provides nutrients and nitrogen to your soil, resulting in healthier plants. In fact, you can think of mulch as a very slow-release fertilizer. If you want to speed mulch decomposition and speed up garden fertilization, use faster-decomposing mulches such as shredded leaves or grass clippings, turn your mulch every few months, and keep your garden moist. 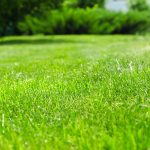 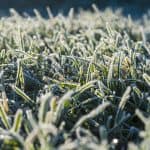