Oregano prefers full sun, but depending on where you live, some afternoon shade might be beneficial. If temperatures are not excessively hot, oregano will thank you for a full day of bright sun. Generally speaking, the more direct sunlight it’s exposed to, the more intense its flavor is. Aim for 8 hours of sunlight daily. If you grow oregano inside, place it in a sunny location, like a window, for most of the day. This may mean rotating the herb from one window to another to ensure maximum sunlight. Adequate heat is also vital to its growth. Only in very warm climates is shade necessary during the hottest part of the day.

How Many Hours of Sun Does Oregano Need?

Ideally, oregano should have 8 hours of direct sunlight daily. However, don’t be afraid to allow your oregano to flourish in the sun from morning until night. Oregano is a Mediterranean plant and grows naturally in an open, sunny spot. If you’re growing your plants under indirect light, make the light available for at least 10 hours.

It’s easier to grow oregano outdoors in a sun-filled garden. This is because sunlight, well-drained soil, and fresh air are what this perennial herb needs to thrive. Oregano is hardy by nature and otherwise requires no special care. If you do grow oregano indoors, keep it in a sunny spot, close to windows, and try to allow your plants a full day of light with some access to fresh air circulation. Rotate them to different windows throughout the day if necessary.

Can Oregano Grow in Indirect Sunlight?

Overall, oregano performs well in indirect sunlight. It can thrive and grow to its full height, even if 100% of its sun is indirect. It’s essential to provide at least 10 hours of light exposure when growing this herb in indirect or partial sun. It’s also important to understand that its flavor and aroma are far more intense when it’s grown in full sun.

The only exception to this rule is Cuban oregano. This type of oregano is lesser known than the Italian and Greek oregano varieties found in everyday gardens. Cuban oregano should be grown in indirect sunlight because its leaves are highly sensitive to full sun. Interestingly, Cuban oregano will not lose its flavor due to lack of sun exposure.

Can Oregano Grow in Shade?

Oregano can grow in shade. Even though this herb is partial to sun, it typically won’t die if grown in shade with limited sunlight. Growing oregano in the shade can significantly impact its flavor, though. Depending on the type of oregano you plan to grow, leaving your plants in constant shade may produce an almost tasteless crop.

If you plan to use oregano for cooking and flavoring food, don’t plant it in shade. However, if you’re using oregano as an ornamental staple in your garden, grow it anywhere you like, as long as it gets enough light to survive.

What Happens if Oregano Doesn’t Get Enough Sun?

If oregano fails to get sunlight, it starts to look malnourished. You may begin noticing wilting leaves that are discolored. A yellowish tinge is the most common sign of sun deprivation.

Your oregano plants may still grow to their normal height if they don’t get enough sun. However, they may look spindly and sparse, as opposed to the lush, full appearance they typically have. The flavor of the harvested oregano can turn out bland if it doesn’t receive enough sunlight. In fact, its flavor typically decreases in direct relation to the amount of sun it is deprived of.

Can Oregano Get Too Much Sun?

It is really only Cuban oregano that can get too much sun. The more common Greek and Italian varieties rarely require protection from sunlight. In fact, they are far more likely to wilt from lack of heat and too little full sun. However, there are exceptions to this rule. In extremely hot climates where temperatures regularly exceed 90℉ (32℃), providing some shade and enough water for your oregano is advisable.

Small blisters on the leaves might appear if oregano gets sun-scorched. The leaves’ edges may also turn a reddish-brown color. If this happens, your oregano will benefit from some shade or indirect light. Try giving your plants a bit of protection during the hottest part of the day if temperatures are extreme.

How Much Sun Does Oregano Require?

Oregano prefers full sun unless temperatures are extreme. Strive for at least 8 hours daily. A full day of sun is perfect for this herb. The flavor and aroma of oregano intensify when it is grown in a sunny area and goes bland when deprived of sun.

By providing oregano with plenty of sun, it will yield an abundance of fresh leaves packed with flavor. Oregano makes a great addition to a sun-loving herb garden. 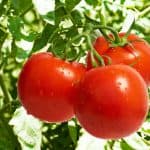 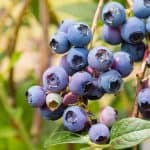