A French drain is a special type of drainage system created by laying a perforated pipe inside a gravel-lined trench. It works by allowing water to enter the pipe through the perforations (holes) in the pipe. From there, the excess water is channeled along the length of the pipe to a safe drainage area. This ingenious system prevents drainage trenches from flooding and keeps water flowing downhill, even in flood conditions. 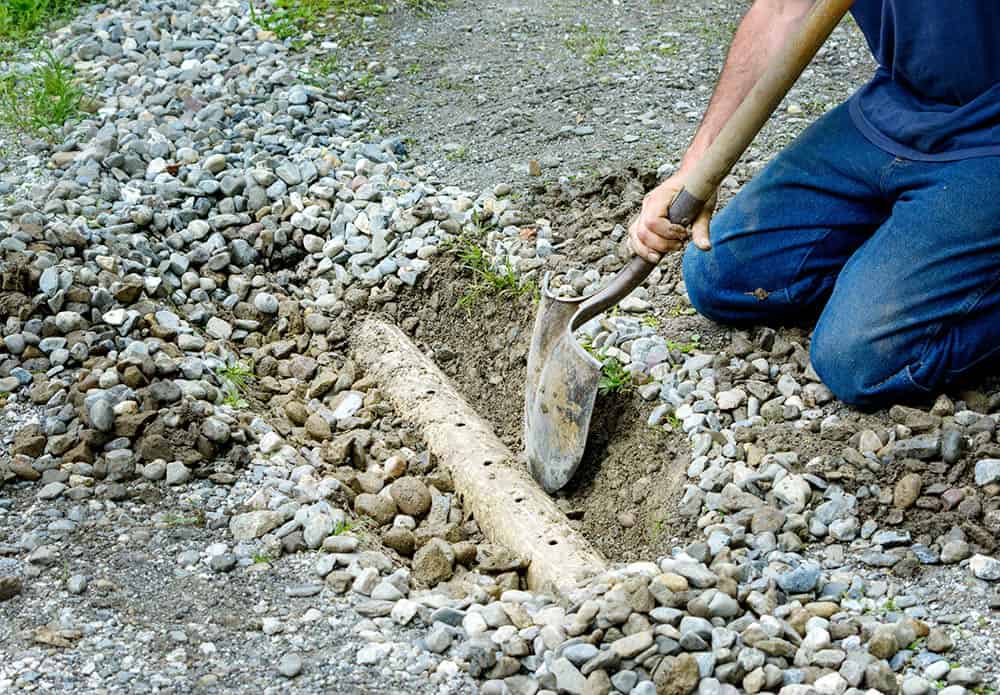 What is a French Drain?

A French drain is created by combining 3 simple things: a drainage trench, gravel, and a perforated drain pipe. The creation of this very effective drainage system is simple. Below are the components of a French drain.

This is a french drain in its simplest form. It seems almost too simple to work, but it does. But at first glance, it seems like something you’d find on a farm hundreds of years ago. Funny story…

Why is it Called a French Drain?

The French drain is named after Henry French, who invented the system and included it in his 1859 book, “Farm Drainage.” Henry French was a native of Massachusetts who spent years studying agriculture and drainage practices in the United Kingdom and the Netherlands to improve his own farm.

How Does a French Drain Work?

The French drain works by channeling stormwater into a gravel-lined drainage ditch. From there, the water rises until it enters the drain pipe through the holes along the lower sides of the pipe. Once inside the pipe, the water flows downhill and empties into a pond, bed of gravel, or dry well built in the ground.

The gravel in the French drain is essential for allowing groundwater to flow in among the rocks and enter the drain pipe. A perforated pipe laid directly on the soil will become clogged with soil and will not work. Also, it’s important that with proper french drain installation, the perforations in the pipe are facing downward, not up. The water cannot drain until it reaches the level of the perforations and enters the pipe.

French Drain Holes Up or Down?

A properly installed French drain with downward-facing holes drains water away well before the trench floods. A good French drain stops flooding altogether, even in cases of heavy rain.

Where Does a French Drain Drain To?

You can direct your French drain to an aboveground outlet such as a pond, water garden, gravel bed, or municipal storm drain. Alternatively, you can have your French drain terminate below ground into a simple dry well, or a 3-foot hole filled with gravel.

Whether you choose an aboveground water feature or want to disperse drained water below ground, out of sight, you can terminate a French drain easily in a way that prevents flooding.

What is the Difference Between a French Drain and Other Drains?

The main difference between French drains and other drainage systems is the inclusion of the perforated pipe in the French drain. This system allows for water to enter the drainage ditch at any point and be directed downhill.

Instead of focusing on draining water away from a single area, such as it is done with a solid pipe system, French drains allow for entire flooded areas to be drained, and for the water to be safely directed away. A pipeless trench drain will not conduct water downhill as quickly or efficiently.

When Should a French Drain be Installed?

A French drain should be installed wherever your yard or garden has excess surface water or is frequently flooded by runoff. As long as you have determined the slope of your yard to be adequate for drainage, you should consider a French drain. Some common applications for French drains are:

If your yard or garden is prone to flooding, or if water is infiltrating your basement, consider adding a French drain. It’s also good practice to add a French drain on the uphill side of any rock or retaining wall, to prevent water from undermining and toppling the wall. The French drain is made from simple materials and solves water issues efficiently. 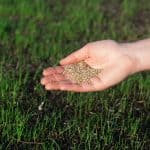 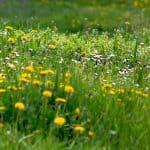