Ghost peppers live for up to 5 years. Most varieties of peppers tend to live for either 1–3 years or 3–5 years. Ghost peppers fall in the 3–5 year range, though this can change in warmer climates. Warm climate and warm soil maximize the life expectancies of ghost chili pepper plants. Under ideal circumstances in tropical climates, they can live for 5–10 years.

How Long Will a Ghost Pepper Plant Produce Peppers?

All pepper varieties bear fruit every year they’re alive. Ghost peppers are no exception in this regard. The plant will usually grow up to 3 feet tall (90 cm) within 4 months of planting. Shortly after reaching this mature size, they will bear their peppers. After these peppers are harvested, the plant enters dormancy until the next growing season.

How Many Peppers Does a Ghost Pepper Plant Produce?

Generally, a ghost pepper plant will bear about 200 ripe peppers at a time. This is similar to a habanero plant’s harvest. Smaller, younger pepper plants will produce fewer peppers, while plants that are several years old produce more ghost peppers. If you want your ghost pepper to produce to its fullest capacity, help it survive winter with these tips for winter-proofing jalapeños. These rules also apply to ghost peppers.

The size of the crop your ghost pepper plants produce depends on the variety being grown. Indeterminate peppers, for instance, continually grow new stems and leaves. This means that indeterminate peppers will vary in how many peppers they produce each year.

Do Ghost Pepper Plants Grow Back Every Year?

Ghost peppers are perennial plants in warm regions of the United States. Specifically, ghost pepper plants can survive winter outdoors in USDA hardiness zones 8–11. A perennial plant will grow back every year. After harvest, the plant loses its leaves and enters a period of dormancy until spring.

In cold climates with colder weather, ghost pepper plants grow as annuals. This means that without warm weather, ghost peppers will live out their whole lives in one year and not come back. To prevent your pepper plants from dying during their first winter, grow them in containers. You can leave the containers outside during the growing season. Just move them indoors before the first frost.

Ghost peppers can’t live forever. Like all plants, they have a natural life expectancy and will eventually die naturally. If you’re lucky, your ghost pepper will live for 4–6 years. Proper climate can raise the average life expectancy. However, even under the best circumstances, pepper plants will never live more than 10 years.

Ghost peppers need direct sunlight, moist soil, a high soil temperature, warm weather, and nitrogen fertilizers. With these factors in place, you can maximize the lifespan of your peppers. That said, even a healthy plant can’t live past 5 years unless you’re somewhere like South America or Central America. If you’re a North American grower, you’re stuck with a 5-year lifespan.

Ghost peppers can tolerate extreme heat (much like the people who eat them), but not cold. Pretty much all outdoor peppers are vulnerable to even mild cold snaps. Temperatures below 55℉ (13℃) will begin to stunt your hot peppers’ growth. Temperatures below 32℉ (0℃) will kill off your plant outright.

There are some ways to avoid dealing with killing cold snaps. You can grow your peppers in a greenhouse, for instance. Alternatively, you can provide plant heaters and tarps when temperatures start to drop. However, these solutions can only go so far without a naturally warm climate. When possible, bring your peppers indoors to protect them from the winter cold.

What is the Ghost Pepper Plant Life Cycle?

Ghost pepper plants tend to live about 5 years in the US, if you’re lucky. They generally grow to maturity in 4 months and go dormant in winter. Here are the important details about ghost pepper plant lifespans:

It is well worth cultivating ghost pepper plants if you enjoy their unique spice. If you have the option to protect them from winter, do so. Your ghost pepper bush will reward you with years of incredible harvests. 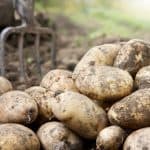 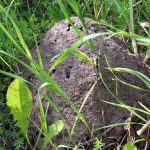