To kill goat head weeds, you need a multi-step approach:

This may seem like a strong response to a simple weed, but anyone who’s had a long battle with goat heads knows that the plants are extremely hard to kill. You can battle all summer, only to see them return next year to drop burrs that puncture feet, bike tires, and the paws of your pets. The best solution is to hit the goat head hard to drive it out of your yard.

Steps on How to Kill Goat Heads

So, you stepped on your first goat head and suffered the pain of the sharp burr? One run-in alone would be enough to make you kill all the goat head weeds in your yard. What’s worse is if you don’t deal with goat head quickly, it can overtake lawns and gardens. Even mowing won’t stop it from reseeding. Goat head can grow low along the ground, dropping burrs at soil height. To kill it, you have to take drastic measures.

Goat head is a perennial weed with a deep taproot. Hand-pulling is usually ineffective in removing it because goat heads will simply grow back from portions of the root that break off in the soil. For this reason, invest in a weed killer spray that kills goat heads as they sprout.

Use A Flame Weeder

There’s one problem with weed killer sprays—they don’t kill weed seeds. Those painful burrs goat heads drop are actually their seeds, and they will sprout vigorously if left uncontrolled.

Flame weeders are amazing tools for natural weed-killing. Usually fueled by a propane tank, they’re like a mini-flamethrower, perfect for torching weeds. Not only will a flame weeder kill the plants you burn, but the propane flame also destroys any seeds on the plant, including those awful goat head burrs.

Always take caution when using a weed burner, especially during dry or windy conditions. Use the flame weeder in a controlled manner and carefully burn the entire goat head plant to ensure it’s destroyed.

After spraying or torching goat heads and giving them time to die completely (in the case of weed killer), now’s the time to remove the dead weeds. Either through hand-weeding or the use of a rake, get rid of the goat head you killed. This will help ensure no seeds are dropped from dead plants and also clear the ground so that grass or desirable plants can grow in its place. Any area where something else is growing makes it harder for goat heads to return.

Lay Down Landscape Fabric and Mulch

Once you’ve killed and removed the weeds in your garden, it’s time to stop goat head weeds from coming back. Most weed seeds must be within 1–2 inches of the surface to sprout. In order to suppress the sprouting of any remaining seeds, lay down water-permeable landscape fabric in your garden and cover with a 3–4-inch layer of mulch.

The landscape fabric will physically stop goat heads from sprouting up through mulch but still allow water and nutrients to reach the soil in your garden. The mulch provides a barrier to sunlight and also invites crickets and beetles that feast on weed seeds.

If you prefer, you can use rock, synthetic mulch, or even newspaper as a ground cover over your landscape fabric. Since goat head thrives in desert environments, many gardeners suppress it with rock and gravel ground coverings that match the environment.

Use a Pre-Emergent Herbicide

Even the best weeding and burning efforts will leave some goat head burrs behind. This is especially troublesome in grassy yards, where landscape fabric and mulch aren’t viable options. Don’t worry, there is a solution to stop goat heads from resprouting in your lawn.

In early spring (late-March or early-April), apply a pre-emergent weed killer to your yard. Pre-emergent weed killers, such as Preen, kill seeds just as they germinate in spring, stopping them before they can sprout. After you’ve taken out mature goat heads, use this method to keep them from coming back.

Keep in mind, pre-emergent weed killers stop the sprouting of all seeds, so don’t use it for 4–6 weeks after seeding grass, or for 3 weeks before seeding your lawn.

How Do You Get Rid of Goat Heads Naturally?

There are several natural ways to kill goat head weeds. Good weed killer sprays come in vinegar, citrus, and iron-based varieties. Each of these can be effective against goat heads.

Not only can you kill goat heads with natural sprays, but you can also use natural pre-emergent controls, such as Corn Gluten Meal, as an alternative to chemical products. Corn Gluten Meal works to stop seed germination by drying out seeds as they attempt to sprout, killing weeds before you even see them.

Vinegar will absolutely cause goat heads to wilt, but a homemade weed killer made with vinegar won’t kill the weeds down to the root.

If you want to experiment with vinegar as a weed killer, we recommend mixing horticultural vinegar with a small portion of dish soap. The soap helps the vinegar adhere to the goat head leaves, which allows the vinegar to eat through the leaf cuticle and kill the plant.

Although some recommend mixing salt with vinegar in your weed killer, keep in mind that while vinegar washes out of the soil quickly, salt in the soil may linger and prevent plant and grass growth.

Goat head weeds are among the hardest weeds to control due to the following factors:

Fighting goat head weeds is about taking the long view. Sure, they may seem under control in fall, when they go into dormancy, but as soon as spring comes any surviving roots grow back vigorously. Spring is also when those burrs sprout and grow into goat head plants. The best goat head control method is to remain vigilant throughout the year. Attack any goat heads as soon as you see them, preferably before they mature, and use pre-emergents to stop new sprouts in spring. 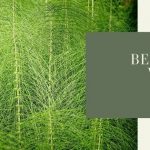 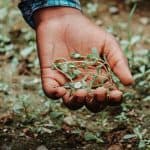