To kill weed seeds in soil you will have to apply one or more of the following methods:

With this arsenal of tricks for killing weed seeds before they sprout, you can stop the spread of weeds in both your lawn and garden.

Rather than spending time and effort battling weeds as they sprout, attack weeds at the source by killing weed seeds. Each of these methods destroys weed seeds, which ensures you won’t have to battle recurring weed invasions. Try these ways to get rid of weed seeds yourself.

Solarization is the best method to reclaim a weedy garden or other area. It is a “clean slate” for your soil, because seeds will be destroyed by the solar heat trapped beneath the plastic.

It is typically tough to implement solarization in large areas and is not usually suitable for use in lawns, where you may want to preserve grass or other plants. Pre-emergent weed killers and flame weeding are much better for use in lawns.

Weed seeds can lie dormant in soil for decades and are only “activated” when brought to within an inch of the surface. One method to rid soil of dormant weed seeds is to force these dormant seeds to sprout, then attack them with a powerful natural or chemical weed killer. To do this:

This is another “clean slate” method, where you force weed seeds to show themselves and then kill young weeds before they mature and cast seeds. Because of the invasive tilling step, it is not best used in areas with desirable grasses and plants.

Pre-emergent weed killer stops weeds in their tracks. It works by attacking weed seeds just as they begin to germinate, killing them before they even poke above the surface. It’s a weed killer so good, the only sign it’s working is that there will be no new weeds at all. 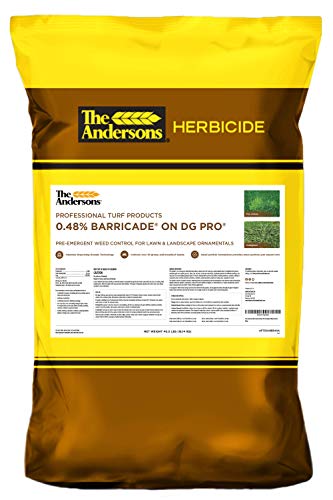 Although there are many high-quality chemical pre-emergent weed killers on the market, you may want to use a natural approach. Corn Gluten Meal (or CGM) is a natural corn byproduct that works as a pre-emergent weed killer. Simply spread it in early spring, as you would with a chemical product. Corn Meal Gluten works to dry out weed seeds, preventing them from germinating.

Keep in mind that all chemical and natural pre-emergents do not discriminate. They will also prevent the sprouting of grass seeds and other plants, so use with caution and follow manufacturer guidelines.

How about a natural weeding solution that kills mature plants and destroys weed seeds? Flame weeding checks both of these boxes.

Fueled by propane, a flame weeder is a wand-like tool with a flame at the end. It is an easy-to-use, effective weeding tool for targeting weeds whether they appear in your lawn, garden, or among gravel and concrete. Simply torch the weeds where you see them. 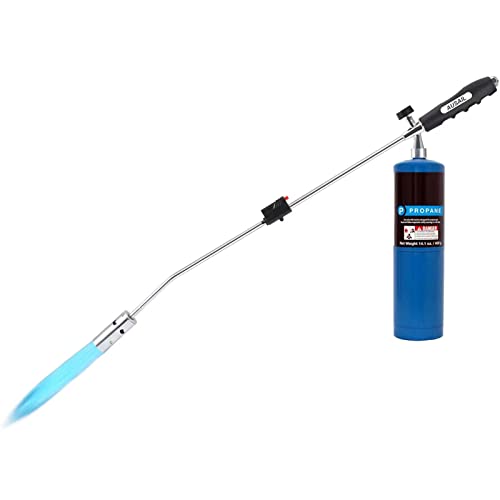 The best part? Exposure to the heat of the flame will destroy weed seeds on the plant. You can even hear them pop like mini-popcorn as you torch the seeds. In comparison, weed killer sprays kill the plant but don’t do anything to stop it from dropping seeds as it dies.

While flame weeding won’t do much to destroy weed seeds dormant in the soil, it’s a great way to kill seed-bearing weeds in your lawn and garden without harming nearby grasses and plants.

Bark mulch is one of the best weed seed killers to use in a weedy garden. Mulch not only deprives weeds of air and sunlight, preventing them from sprouting, it also attracts crickets and beetles that burrow in mulch and feed primarily on seeds. This makes mulch a great choice to stop weeds from growing.

By layering your garden with 3–4 inches of bark mulch or wood chips, you are both suppressing weeds and contributing to the death of weed seeds. It’s a fantastic all-in-one, natural solution for a garden invaded by weeds.

What Temperature Will Kill Seeds?

Weed seeds begin to die at temperatures of 108 degrees Fahrenheit, but to ensure death of all varieties, they should be exposed to temperatures above 130 degrees.

Solarizing soil in summer easily brings soil surface temperatures up to 140 degrees, with temperatures of 130 a few inches below the surface. This wipes out those hidden weed seeds.

The propane used to fuel most flame weeders burns at 3,500 degrees Fahrenheit, which is enough to destroy weed seeds on contact. Simply touch the flame to a crabgrass seed head or a dandelion bloom and the seeds will be killed in moments.

Can Weed Seeds Go in Compost?

Make sure to keep all weed seeds and mature weed seed heads out of your compost. If you allow weed seeds in, you’re simply creating a future weed crop by combining seeds with nutrient-rich soil.

Weed seeds are incredibly resilient to composting. They can remain dormant while other organic material decays. Then, when you spread your compost, those weeds will sprout vigorously.

Instead of composting, dispose of the tops of any mature weeds. If you must compost weeds, use only the root sections of weeds and make sure the roots are completely broken down before spreading the compost. There is still a risk to this method, as any soil clinging to the roots of weeds may have weed seeds in it. It’s often best to get rid of pulled weeds completely.

Weed seeds are resistant to composting and weed killer sprays, which makes them difficult to manage. To kill weed seeds, either destroy them by exposing them to high temperatures (through solarization or flame weeding), destroy germinating seeds through use of pre-emergent control measures, or mulch a weedy area to suppress weed growth and invite seed-eating insects. 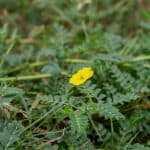 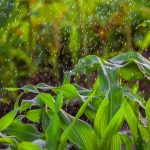