You can stop dangerous snow avalanches from sliding off a metal roof in a number of ways. The best options to control snow on your metal roof are:

Large amounts of snow sliding off a metal roof can cause damage to vehicles, property, and landscaping, as well as put humans and pets in danger. Snow avalanches can rip off gutters or bury essential walkways. If you have a metal roof in a snowy region, you may consider one of the following methods to control sliding snow.

Snow guards, or snow stoppers, are one of the best snow retention systems to install on a metal roof. Snow guards usually consist of a piece of metal angled upward that is attached to the existing metal roof. When a series of snow guards are installed, they can effectively hold back sliding snow, allowing only small amounts to slide off the roof at once.

Another plus to a metal roof snow guard system is many types can be installed with adhesive, so you won’t have to drill holes in your metal roof. 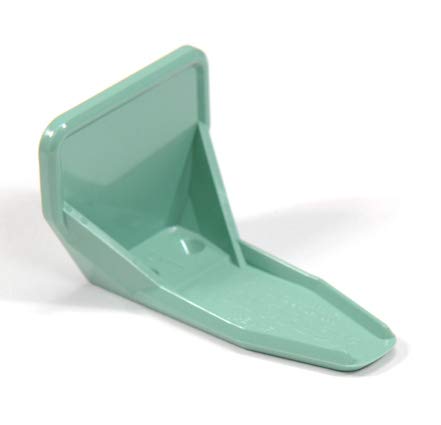 Typically, snow fences resemble a metal fence a few inches high, that is installed at the edge of the roof. If snow stoppers aren’t effective in controlling heavy snow, or if the roof is constructed in such a way that installing snow guards isn’t an option, snow fences provide the best protection against snow avalanches. Snow fences are very effective at keeping large amounts of snow and ice from sliding off the roof at once. 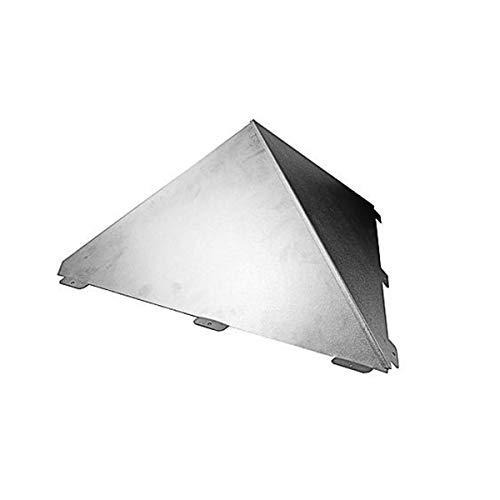 Traditional metal roofing materials are made of large sheets of slick material. These are particularly prone to falling snow. If you are experiencing large amounts of hazardous snow sliding off your roof, consider replacing your current metal roofing with another material, such as traditional shingles.

If you want the benefits of metal roofing without the drawback of snow avalanches, granulated metal shingles are the best of both worlds. They are as durable and weather-resistant as standard metal roofing, while at the same time their texture prevents dangerous snow slides.

Because you need good conditions to install snow stops or another snow retention system on your roof, it may be difficult to implement these measures in the middle of a snowy winter.

To control snow in the short term, use a long-handled snow rake to pull snow from your roof in controlled quantities. A few minutes of work with a snow rake, getting rid of snow before it builds up, can prevent large avalanches later. 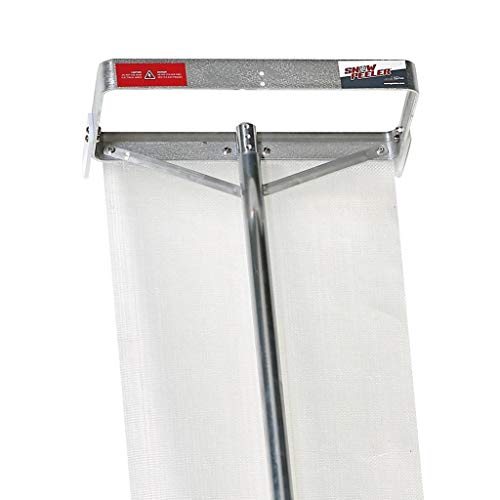 Are Metal Roofs Good for Snow?

Metal roofs are great for homes in regions with heavy snowfall. Metal roofing is extremely durable. It is able to withstand ice, hail, sleet, and snow better than most traditional materials. The fact that metal roofs allow snow to slide off can also be a plus because it reduces the load of snow on your home.

The downside is that metal roofs are more prone to large snow avalanches than any other type of roofing. When the metal heats up, a thin layer of melted snow forms on top of the metal, allowing piled snow to slide off all at once. This can result in dangerous and destructive masses of snow sliding off the roof all at once.

How Much Snow Can a Metal Roof Hold?

At What Pitch Does Snow Slide Off a Metal Roof?

In regions with heavy snowfall, a roof pitch of 1 inch per foot is recommended for metal roofs. This means that for every foot the roof extends from the peak, it should slope downward 1 inch. As an example, if your roof extends 30 feet on either side of the peak, the edges of the roof should be at least 30 inches lower than the peak. This will allow your roof to shed snow optimally.

With this being said, a rooftop avalanche can occur at any pitch if there is a large snow load built up. It’s always best to use one of the snow retention devices discussed above.

Can You Put Salt on a Metal Roof?

When using de-icers on a metal roof, choose carefully. Not all are safe to use on metal roofs and some can have damaging effects.

Prevent Snow From Sliding Off a Metal Roof

The best way to stop snow from sliding off your metal roof is to install snow guards or a snow fence on your existing roof. Snow diverters are also important to stop sliding snow from damaging roof fixtures and causing leaks. If your snow avalanche troubles persist, you may consider changing roofing materials to inhibit sliding snow. 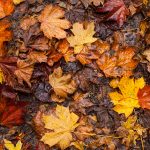 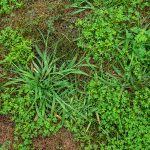