Both Killzall and Roundup use the same herbicide as the active ingredient—Glyphosate. This makes them nearly identical weed killers. They both act as non-selective herbicides that kill all weeds, grasses, and other plants. Fundamentally, there is almost no difference between the two products.

You can use Killzall and Roundup for the same purpose because they have the same herbicidal ingredient. Either one will work as an all-purpose weed and grass killer.

Is Killzall the Same as Roundup?

Killzall and Roundup are so similar they can be used interchangeably. Because both have the same active ingredient—Glyphosate—they have the same weed-killing strength and capability. Think of Roundup as the name brand for Glyphosate weed killers, while Killzall weed killer is the less flashy store brand. To illustrate this comparison, let’s look at these two products:

Essentially, what you are paying for in these two products is the weed killer (Glyphosate) and the surfactants that help the weed killer cling to plant leaves. Both Killzall concentrate and Roundup concentrate products, when diluted according to product label instructions, will be at similar potency and have the same effect when coming in contact with weeds.

In most cases, Killzall is much cheaper than Roundup because it is a generic brand. You can save a lot of money and get the same weed control results by going with Killzall.

Glyphosate-Based Weed Killer
Hi-Yield Killzall | Weed and Grass Killer
Buy Now
We earn a commission if you click this link and make a purchase at no additional cost to you.

Why is Killzall so Similar to Roundup?

Glyphosate was invented and patented by Monsanto in 1974. Until 2000, Glyphosate weed and grass killers were only available in Roundup products. However, once the Monsanto patent on Glyphosate expired in 2000, other companies were allowed to manufacture and sell Glyphosate herbicide. These companies didn’t invest money to test and develop Glyphosate, so they can sell the same product at a much lower price than Roundup.

Killzall weed control was designed and patterned off of Roundup, to act as a direct competitor. This is why its active ingredients, formula, and results are the same as those found in Roundup weed killer.

What’s the Difference Between Killzall and Roundup?

The key difference is that Killzall and Roundup are combined with different surfactants. Surfactants are the ingredients in a weed spray that cause the herbicide to cling to plant leaves. In the battle between Killzall and Roundup, this is one of the only differences. It mostly affects the time until the weed killer is rainproof.

If you expect rain in the immediate future, Roundup weed killer is a better choice. But besides this small difference, there is very little that differentiates the two products. They are about as similar as a name-brand pain reliever and the store-brand ibuprofen sitting beside it on a drug store shelf.

Quickly Rainproof with Fast Results
Roundup | Weed & Grass Killer Super Concentrate
Buy Now
Check Home Depot
We earn a commission if you click this link and make a purchase at no additional cost to you.

Can You Use Killzall Instead of Roundup?

Killzall can be used as a Roundup weed killer replacement in all applications because the two products have the same exact active ingredient. This makes Killzall weed killer just as useful for clearing overgrown patches of grass and weeds, killing weeds growing through concrete seams, and spot-treating unwanted plants in your yard and garden.

As long as you’re prepared to mix concentrated Killzall with a few gallons of water to achieve the correct dilution rate, you can save a lot of money by purchasing Killzall instead of Roundup. It’s a smart choice that’s just as effective as the name-brand product. 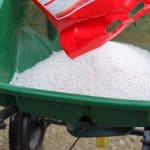 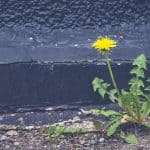