All parts of the pokeweed plant are poisonous to the touch. The common symptoms of touching pokeweed are skin rash and blisters. Handling pokeweed is rarely fatal, but the symptoms are painful and itchy. The toxin phytolaccine is found in pokeweed leaves, stems, roots, and berries. To remain safe, never handle or attempt to remove pokeweed without wearing gloves and other protective clothing.

What Happens if You Touch a Pokeweed Plant?

If you handle a pokeweed plant, you are likely to develop a painful, blistering rash wherever the pokeweed makes contact with your skin. This rash is similar to what you would get from touching poison ivy, although the two plants contain different toxins. Pokeweed rash appears 12–48 hours after you touch the plant.

What Should You Do if You Touched Pokeweed?

If you touched pokeweed, wash the affected skin with warm, soapy water as soon as possible. This will help to remove the plant’s toxic oils from your skin. Showering is a great idea because it allows you to wash pokeweed off every area at once. Do not take a bath or bathe a child that has touched pokeweed. The oils in the pokeweed will be lifted off the skin by soap and water, but if these oils are suspended in bath water they can spread and make contact with previously unaffected skin.

Pokeweed rash on the skin is seldom deadly, but some individuals may have a severe allergic reaction to the plant. Additionally, the reaction can be much worse if pokeweed berries were eaten. If you or a loved one is experiencing trouble breathing, vomiting, cramps, or diarrhea after exposure to pokeweed, call 911. For treatment of less severe symptoms, reach out to your doctor or an urgent care facility.

What Part of Pokeweed is Poisonous?

Is Everyone Allergic to Pokeweed?

Not everyone will experience an allergic reaction from handling pokeweed. Some individuals are more sensitive to handling the plant than others. However, it is always best to wear protective clothing when working to remove pokeweed. Even if a small amount of exposure does not cause an allergic reaction, the more pokeweed oils you are exposed to, the more likely you are to get a painful rash.

Although some people may not experience an allergic reaction after touching pokeweed, the berries are almost always dangerous if consumed in large enough quantities. Pokeweed berries often resemble grapes. Children, pets, and livestock may mistake the berries for edible fruit. Eating these berries can lead to an extreme allergic reaction and a medical emergency, so the fruit should always be avoided.

Should You Leave Pokeweed in Your Garden?

If you have small children, pets, or livestock it is even more essential to remove pokeweed. Children and animals are likely to view pokeweed berries as food. Any person or animal that eats any part of the pokeweed plant is at risk of vomiting, diarrhea, cramps, and even death. To protect your family, it’s a good idea to kill the pokeweed in your garden.

Is Pokeweed a Skin Irritant?

You may have heard that the pokeweed growing in your yard is poisonous. Here are the facts about the dangers of pokeweed:

Because pokeweed is so common, it can easily invade your garden. It’s a great idea to carefully fight back against this toxic plant, to keep yourself and your family safe. 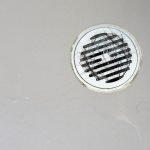