One of the best ways to protect corn from frost is to create a frame of stakes or hoops that is taller than the corn plants. Then, stretch a frost blanket over the frame and weigh it down at the edges. This barrier prevents frost and ice from forming on corn. Additionally, it’s best to add a 4-inch (10 cm) layer of mulch around the base of your corn plants to insulate the ground and prevent damaged corn roots. Water in the daytime before a frosty night to help prevent hard freezes that can destroy corn roots.

3 Methods to Protect Corn from Frost

Corn can take time and effort to grow, so you don’t want to lose your harvest to frost. The good news is you don’t have to! Below are 3 effective ways to protect your corn from frost:

Protect Your Corn With Frost Blankets

Frost blankets are a particularly good option when it comes to protecting corn from frost. These blankets come in varying degrees of thickness, and it is important to choose one that protects down to 24℉ (-4℃).

When using these covers, support them above the crop with metal, wire, or PVC hoops. The effect you’re aiming for is to create a mini greenhouse. Weigh the edges of the material down with sandbags or bricks, and make sure that the material does not touch the plants. 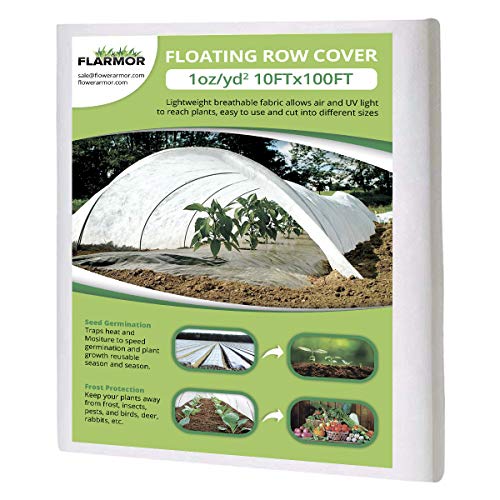 Build a Mulch Barrier to Keep Frost Damage Away

Creating a mulch barrier is another way to give your corn a boost and help it survive a frost. Cover the soil at the base of your corn bed with organic material. Some of the best options for corn include shredded leaves, evergreen needles, and twice-shredded bark.

Mulch moderates soil temperature and conserves moisture, both of which are beneficial if a frost is predicted. Make your mulch barriers approximately 4 inches deep (10 cm), and leave them in place from then on. Avoid packing the mulch too tightly around the base of the plants, though, as this can have a “choking” effect on the stalks.

Water Your Corn Before a Frost

Sometimes it is unwise to water vegetables before a frost, and other times it is beneficial. Corn is a vegetable that benefits from watering just prior to a frost. This is because the outer leaves around the corn and the silks in which the corn is wrapped have a thick consistency.

When moisture freezes on the leaves, it actually creates a barrier that keeps the inner husk warm. Avoid drenching your corn, and instead, water the entire corn bed lightly from the top at sundown on the night before a frost.

Frost hurts corn in as little as a few hours, particularly if temperatures drop below 28℉ (-2℃). Mild frosts will not typically hurt corn, although they may permanently damage the outer leaves and silks.

Sometimes, the kernels of corn will survive cold temperatures, but prolonged frost or frigid temperatures are detrimental to corn in most cases. This is because ice crystals often puncture the skin of the actual kernels, which renders the corn inedible.

When Should You Protect Corn from Frost?

Frost damage can harm corn at a rapid pace, depending on how far temperatures drop. Any time a frost is predicted, begin at sundown to implement whatever method you have chosen to protect your corn from frost.

Even just a few hours of exposure to temperatures of 28℉ (-2℃) and exposure to the frigid ground can be harmful or lethal to corn. So, it’s best to act fast when frost is predicted so that you can stop your corn from being destroyed.

How to Cover Corn from Frost

Corn can survive a light frost and will often recover if the temperature did not go below 28℉ (-2℃). In colder temperatures, however, corn needs protection from frost.