Triclopyr is a fast-acting selective herbicide that kills broadleaf weeds and poison ivy, but leaves grasses unharmed. In contrast, Glyphosate is a non-selective herbicide. This means it attacks every plant it is applied to, including grasses.

Triclopyr is the best option for killing broadleaf weeds growing among grass that you wish to leave unharmed. Meanwhile, Glyphosate is the top choice for killing pest grasses and sedges down to the root.

What is the Difference Between Glyphosate and Triclopyr?

What Weeds Does Triclopyr Kill?

The most common application for Triclopyr is as a weed killer for extremely hardy unwanted plants. Poison ivy is very hard to kill by traditional methods and dangerous to remove by hand. Triclopyr kills poison ivy quickly and can wipe out English Ivy, as well as common broadleaf weeds.

It’s not uncommon for trees, ivy, and stubborn weeds like horsetail to resist herbicide or regrow from the root. One powerful weed control method is to cut woody plants and apply Triclopyr to the cut stem or trunk. From here, it will infiltrate the plant and kill it entirely. Triclopyr can also be applied to cut tree stumps and used as a stump killer.

What Weeds Does Glyphosate Kill?

The better question might be, what doesn’t Glyphosate kill? As a non-selective herbicide, it is harmful to all plants. This makes application tricky when spraying weeds growing on your lawn. However, it’s important to note that while Glyphosate poses a threat to all plant species, it kills some more effectively than others.

If your herbicide of choice contains Glyphosate as an active ingredient, remain aware that it is potentially deadly to any desirable plants sprayed with it. However, Glyphosate performs when best when absorbed through plant leaves. It is inert in the soil and won’t attack plants through the roots.

Does Triclopyr Work Faster than Glyphosate?

Triclopyr kills weeds in 3–5 days, while Glyphosate requires 7–14 days to fully kill a plant it has been applied to. Because Triclopyr works faster, it is a superior choice for clearing brush and ivy quickly.

Although Triclopyr may work more slowly in some cases, and repeat applications may be required, it is typically a much faster-acting herbicide than Glyphosate. If speed is of the essence, Triclopyr is the superior choice.

How Long Does Triclopyr Last in Soil vs. Glyphosate?

While Triclopyr lasts about 6 weeks in the soil, the answer is less clear with Glyphosate. Depending on temperature and precipitation, Glyphosate’s half-life can range between 3 days and 6 months.

Glyphosate becomes harmless to plants when it enters the soil because it bonds to clay particles, neutralizing its herbicidal qualities. On the other hand, Triclopyr in the soil can still enter plant roots for several weeks after application. This means it’s possible for rain or water to distribute Triclopyr through soil near the area of application, where it may attack nearby desirable plants.

Is Triclopyr Safer than Glyphosate?

Although both of these common herbicides are deemed safe for use by the EPA, Triclopyr poses a greater risk to humans and wildlife, and has a higher chance of entering waterways than Glyphosate.

From both a human and environmental safety standpoint, Glyphosate is safer for use than Triclopyr. If Glyphosate use is a concern, consider using a natural Glyphosate alternative, such as Ammonium Nonanoate.

While Triclopyr or Glyphosate is the active ingredient in many weed control sprays, you won’t often find them in large print on the packaging. However, several products include these herbicides, along with surfactants and other ingredients to make them more effective. 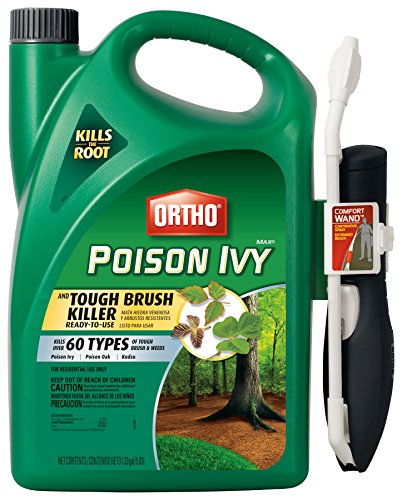 As a shortcut, look for the Roundup brand if you want Glyphosate. To find a Triclopyr product, examine the active ingredients of products marketed as poison ivy killers.

Which is Better: Triclopyr or Glyphosate?

Although there are benefits and drawbacks to both Glyphosate and Triclopyr, the main deciding factor is the job at hand. Are you trying to kill crabgrass growing up through your pavers? Then Glyphosate is the best choice for the task. Are you attempting to wipe out horsetail growing in your lawn but don’t want to harm your grass? Then it’s time to use Triclopyr.

Additionally, it’s important to consider that while Triclopyr works more quickly and is safe on grass, it is typically considered less safe for humans and animals than Glyphosate. However, both herbicides can be used safely when applied according to product label guidelines. 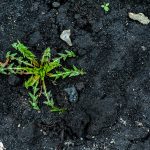 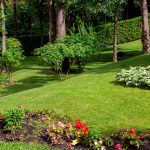