Mulch keeps weed and grass seeds from reaching the soil and sprouting, but will plants grow through mulch? The answer is, it depends on the plant. Here’s a quick guide to help:

Does Mulch Prevent Plants from Growing?

Mulch has the benefits of holding moisture and protecting plant roots from extreme temperatures, as well as decomposing over time and enriching the soil. These factors are beneficial to plants with mulch at their base. However, mulch blocks air and sunlight from reaching the soil, and these two ingredients are what makes plants grow. Any plant trying to grow through mulch will have a tough time. The rule is, you want to mulch around the base of a plant, not on top.

Annuals grown from seeds will struggle to grow through mulch. Even if you see some weeds coming up through your mulch, keep in mind that for every weed you see, there are probably a thousand weed seeds that didn’t make it. Seeds buried under mulch stand little chance of growing. Weeds scattered on top of mulch also won’t typically grow.

Bulbs can grow through mulch. They have a lot more stored energy than seeds and can grow up through up to 2 inches of mulch. Any more than that and the plant may die before it breaks through to the surface. It’s perfectly fine to mulch your bulb bed in early spring. In no time, your tulips will be coming up through almost any mulch—even gravel.

There are a few plants, such as asparagus, that grow from crowns below the surface. The plant dies back every year, only to sprout anew. Because asparagus crowns are so well-established, a mature plant (2–3 years old) can sprout through 3–6 inches of mulch.

Will Flowers Grow Through Mulch?

Some flowers can grow through mulch. Seeds and small annuals buried beneath mulch have a very low chance of growing, but bulb flowers can sprout through a thin layer of mulch. If it’s not growing from a bulb, make sure to give the flower or seedling as much exposure to light and air as possible.

Can Seeds Grow Through Mulch?

Seeds buried in mulch have a far lower chance of growing than ones planted on soil without mulch. You’re likely to get no sprouts coming up through the mulch if you plant seeds and cover them with mulch. Leave the soil mulch-free and wait until the plants are large enough to put mulch around them.

Similarly, seeds won’t do well when cast on top of mulch. Mulch is fibrous and tough, which doesn’t give young seedlings a good place to take root.

If you want to grow plants from seeds in a mulched garden, try sprouting the seeds in an indoor pot. Once they’ve grown to a few inches tall, you can transplant them to your mulched garden.

Mulch is a massive benefit to your garden. It protects soil and plant roots, retains moisture, slowly decomposes into nutrients (in the case of natural mulch), and keeps out weeds. That said, most plants struggle to grow through a mulch ground covering.

Seeds don’t sprout well when buried under mulch or when cast on top of mulch. Some plants, such as bulb plants (lilies, irises, etc.) and crown plants (asparagus) can sprout through mulch in spring, but the best growing conditions for young and sprouting plants is bare soil. The best practice is to add mulch once plants have grown tall enough that they can stand above the mulch layer and receive air and sunlight. 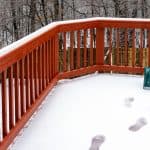