If you do not take action to thaw your frozen pipes, they can remain frozen for days, weeks, or even months. As long as outside temperatures are below freezing, there’s a risk your interior pipes will freeze as well. In addition, the longer your pipes remain frozen, the greater the risk of burst water pipes. As soon as possible, use a hairdryer, space heater, or another tool to thaw your frozen pipes. Remember, frozen pipes will often stop your water flow. Whether you want to shower, wash dishes, or get a glass of water, you need thawed pipes.

Will Frozen Water Pipes Thaw On Their Own?

It is not advisable to wait for frozen pipes to thaw on their own. Waiting for pipes to thaw increases the risk of burst pipes, which can result in water damage, flooding, and expensive plumbing repairs.

How Do You Know if Your Pipes Froze?

If a water supply pipe has frozen, there will be little or no water flowing coming from faucets and showerheads. Additionally, frozen pipes can stop or slow your toilet tank’s ability to refill after flushing. If several faucets are non-operational, this can indicate a frozen main water supply pipe or multiple frozen pipes. If only one plumbing fixture is affected, then the frozen pipe is typically the one running to that faucet or toilet.

If a water drain pipe is frozen, your sinks, toilets, showers, and bathtubs will be slow to drain. In some cases, they may not drain at all. Frozen drain pipes can affect single appliances or your entire home.

How Do You Unfreeze Frozen Water Pipes? [3 Simple Steps]

If your water pipes have frozen, it’s time to act fast. The longer your pipes remain frozen, the more likely they are to burst. To prevent damage to your home plumbing, take these steps to thaw your pipes. You’ll get much better luck tackling the problem than by waiting for the pipes to thaw.

Find the Location of the Ice Blockage

Follow the pipe from your appliance back to its source. Look for areas where frost or beads of water have formed on the exterior of the pipe—this can indicate an ice blockage. It’s also a good idea to tap the pipe along its length with a screwdriver or small wrench. Anywhere that sounds solid indicates an ice blockage.

If you cannot follow your pipe because it is enclosed in a wall, a finished basement, or a crawlspace, you can still work to thaw it. Having an exact location helps concentrate your efforts, but the next step covers methods for thawing pipes that are hidden in walls as well.

When thawing frozen pipes, the best-case scenario is that you have an exposed pipe where you can pinpoint an ice blockage. In this case, direct a hairdryer, heat lamp, or heat gun at the ice blockage. Alternatively, you can wrap the pipe with heat tape and plug it in. You should be able to thaw the ice within the pipe in 30–45 minutes with any of these methods. Then, your appliances will be ready for use. 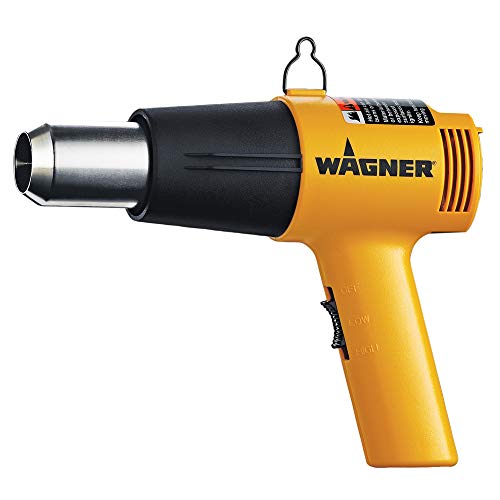 If your frozen pipe is hidden behind walls, it will be much harder to find exactly where the ice has formed. For best results thawing a frozen pipe in these circumstances, open the cabinet doors beneath a frozen sink, place a space heater in the room, and turn up the thermostat. Increasing the heat in a room will help thaw out pipes over the next few hours. If this doesn’t work, consider calling a professional plumber. 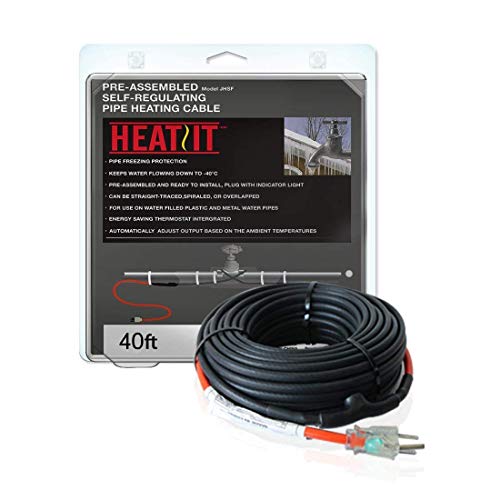 Keep Your Pipes From Refreezing

If your pipes have frozen once this winter, there’s a chance they may freeze again. In order to prevent this, insulate exposed pipes with self-regulating heat cables wrapped in insulating tape. These cables have built-in thermostats that will cause the cable to heat up if the temperature falls too low. This will stop ice from forming in your pipes.

If your in-wall pipes are prone to freezing, one of the best defenses against ice blockages is to increase the temperature. You can raise your thermostat in the home, or you can place space heaters in rooms where pipes commonly freeze. If you are using a space heater, just make sure that it is kept at least 3 feet away from any flammable substance, to prevent an accidental fire. 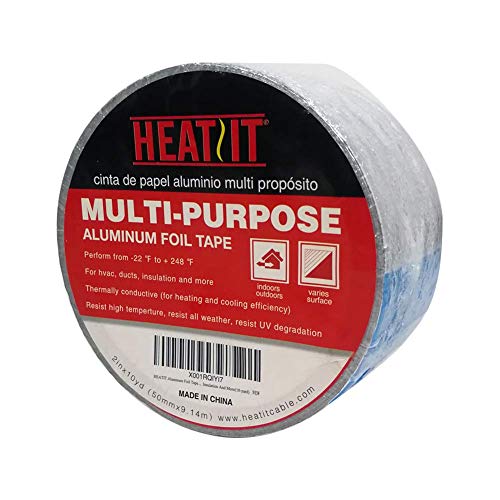 Will Pouring Hot Water Down Your Drain Unfreeze Pipes?

Sometimes, drain pipes can be thawed by pouring hot water down them. It’s a simple solution that can provide a fast fix. Here’s how to do it:

In the event that hot water doesn’t work to unfreeze your drainpipe, use the other methods in this article. Prolonged heat from a heat gun or hairdryer can work where hot water fails.

Will Frozen Pipes Thaw Out On Their Own?

Frozen pipes will not thaw on their own until temperatures rise above freezing for several hours. If your pipes freeze in the dead of winter, it can be months before temperatures climb high enough to thaw them. This is not only inconvenient since you can’t draw water from frozen pipes, but it’s also dangerous. The longer your pipe is frozen, the more likely the pipe will burst. To thaw frozen pipes:

By using heat sources to raise the temperature as close to the frozen portion of the pipe as possible, you will thaw out your pipes. If the problem persists and you cannot get your pipes working again, consult a professional plumber.