Texas is not the ideal climate for Kentucky Bluegrass. Although it is possible to grow Kentucky Bluegrass in the Texas panhandle, it requires extra care and irrigation. Kentucky Bluegrass will struggle in areas south of Amarillo and is prone to disease in the humid central and eastern portions of the state. It is not an ideal choice for Texas lawns.

Instead of Kentucky Bluegrass, consider planting Texas Bluegrass as an alternative. This grass requires less irrigation and can be grown as far south as Austin. In East Texas, warm-season grasses such as St. Augustine and Bermuda perform best.

Bluegrass also thrives best in relatively dry environments. The humid eastern and coastal regions of Texas are not only hot, they’re humid, which invites disease and fungus to attack Bluegrass.

What is the Best Kentucky Bluegrass Alternative for Texas?

The great news is, Texas Bluegrass has an appearance and feel similar to Kentucky Bluegrass. Like the name implies, it thrives in many regions of Texas.

If you want the Bluegrass look in Texas, the. Texa Bluegrass is the answer. There are some limitations, however. Like its Kentucky cousin, Texas Bluegrass doesn’t grow well in the very humid regions of East Texas. Warm-season grasses are your best bet there.

Some cultivars of Kentucky Bluegrass boast improved heat and drought tolerance. However, even these options will not perform as well as Texas Bluegrass.

What is the Best Grass to Grow in Texas?

Because Texas is such a large state, the best grass to grow depends on the region. Below is a simple breakdown of the best turf grasses by Texas region.

As you can see, Bermuda grass and Zoysia can be cultivated throughout Texas and especially thrive in the eastern half of the state. St. Augustine grows well in heavy shade lawns in Southeast Texas. Buffalo grass and Texas Bluegrass are lawn grasses that are specially adapted to the Texas climate.

Is Kentucky Bluegrass a Good Choice for Texas Lawns?

Texas Bluegrass is an excellent alternative that has a similar look and growth pattern as Kentucky Bluegrass. Additionally, it is adapted to grow well in Northern and Central Texas. Search for a seed or sod provider near you that specializes in Texas Bluegrass in order to get the lawn you want with a grass especially suited for The Lone Star State. 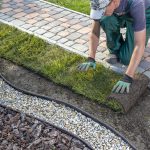 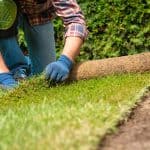