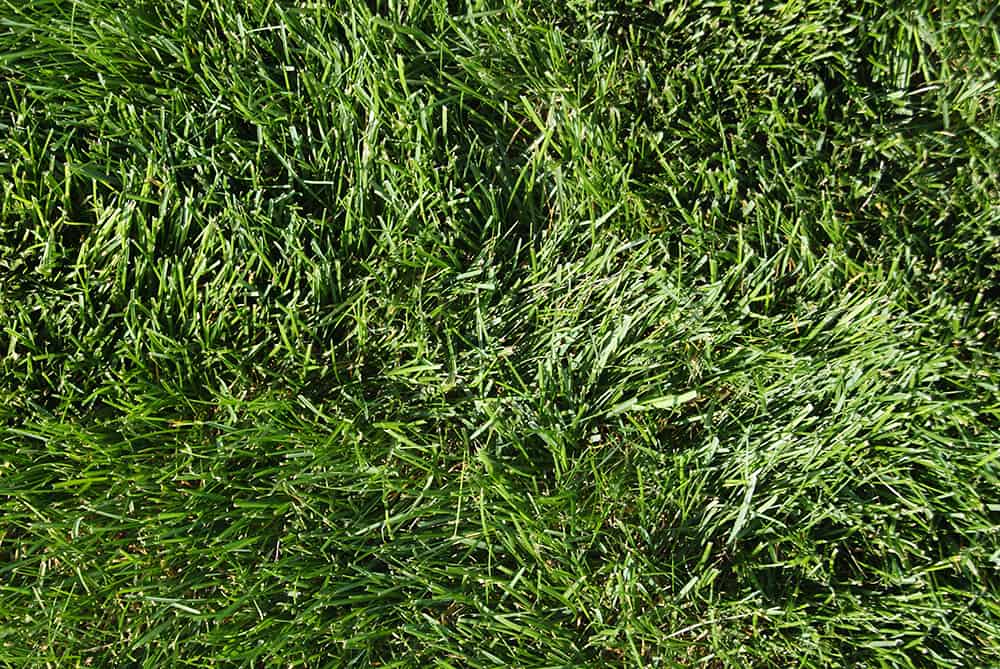 Kentucky Bluegrass thrives on water and is quick to go dormant when drought strikes. After 14 days without water, Kentucky Bluegrass will begin to turn brown and settle into dormancy. This dormancy period allows the grass to ride out drought conditions for up to 6 weeks before it begins to die.

Does Kentucky Bluegrass Need a Lot of Water?

Although Bluegrass can make do with less water in summer, this will lead to your lawn entering summer dormancy. Growth will slow as the lawn turns brown. This is the natural Bluegrass reaction to insufficient summer water.

How Long Can Kentucky Bluegrass Go Without Water?

6–8 weeks is typically the longest period of time Kentucky Bluegrass can go without water before grass plants begin to die. Although some Bluegrass plants can survive beyond 8 weeks without water, this won’t be true for the entire lawn.

When a long drought ends, the Bluegrass that survives has a lot of ground to cover. It will expend most of its energy coming back from dormancy, recovering its green color, and trying to cover dead patches. If allowed to enter dormancy in summer, Kentucky Bluegrass can become invaded with weeds.

Kentucky Bluegrass exposed to drought and heat will enter summer dormancy. This means that at the height of summer, your Bluegrass lawn may be almost entirely brown if it doesn’t receive enough water.

Dormancy is the defense mechanism of the Bluegrass. It stops growing, loses its green color, and shuts down to try and ride out the drought.

Let’s take a closer look to see how Kentucky Bluegrass stacks up against the others. This will help you make the right choice for your lawn.

Is Fescue or Kentucky Bluegrass Better for Drought Conditions?

Fescue thrives in summer with about half the water required to keep Kentucky Bluegrass green. If you live in a region with drought or water limits, Fescue is a better choice for a green summer lawn than Kentucky Bluegrass.

The reason for Fescue’s drought survival lies in its roots. Tall Fescue roots delve down 24 inches (60 cm) to pull in water in nutrients. In comparison, Kentucky Bluegrass has shallow roots, only a few inches deep. When summer heatwaves hit, the Kentucky Bluegrass root zone dries out quickly.

Tall Fescue is the best choice among cool-season grasses when it comes to water conservation, drought hardiness, and drought recovery. It beats Bluegrass in this category, but you can get the benefits of both by mixing the two grass types.

Is Perennial Ryegrass Better at Surviving Drought than Kentucky Bluegrass?

Ryegrass survives drought worse than Kentucky Bluegrass. Ryegrass enters dormancy quickly in drought and struggles to recover. Perennial Ryegrass lawns often come back from drought patchy and irregular. This is because Ryegrass is a bunch-forming grass. Kentucky Bluegrass may take a while to recover from drought, but it spreads well and heals damaged areas.

If your choice is between Bluegrass and Perennial Ryegrass for a drought-resistant lawn, go with Kentucky Bluegrass. You’ll get a fuller, more even lawn that can recover from drought if given time and water.

What is the Most Drought-Tolerant Kentucky Bluegrass Cultivar?

Some varieties of Bluegrass have been developed to increase drought tolerance and allow your lawn to survive tough summer conditions. Some of the most drought-resistant Kentucky Bluegrass cultivars are:

When purchasing Bluegrass seed or sod, ask about the cultivars available. You’ll have better luck weathering long days of drought if your Bluegrass variety has been bred to hold up to the task.

Kentucky Bluegrass can survive a drought of up to 8 weeks. However, your lawn will begin to enter dormancy after 2 weeks without water. Once drought-stricken Bluegrass has gone dormant, it will take 2–3 weeks of water for it to green up and begin actively growing again. It is not a very drought-tolerant grass.

In cool regions where Kentucky Bluegrass can be grown, Tall Fescue is a much more drought-tolerant option for your lawn. Thanks to its deep roots, Tall Fescue can survive short droughts without turning brown, and it recovers quickly from drought conditions. 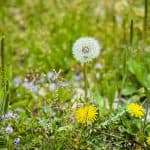 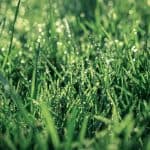