What is Natria Made Of?

A more recent study backed by the EFSA (European Food Safety Authority) classified Maleic Hydrazide as a “low risk” to humans and animals. This suggests that the ingredients in Natria make it one of the safest herbicide products on the market.

Is Natria Safer than Roundup?

When you compare Natria and Roundup, it is clear products contain chemical herbicides that may be harmful to wildlife. However, both the active and inactive ingredients in Roundup are likely to pose a higher safety risk. Roundup contains ingredients, like glyphosate, that kill bees and is not safe for killing pond weeds because it devastates aquatic animal populations. In comparison, Natria is not shown to have such negative impacts on the environment.

Most studies show that Maleic Hydrazide, the chemical herbicide in Natria, is safe for animals. This study showed that Maleic Hydrazide does not cause cancer in rats. However, Maleic Hydrazide works by “breaking” the chromosomes of plants to kill them, and some research has suggested that this compound could have carcinogenic and/or mutagenic effects on animals. While most research clears the ingredients in Natria for use around animals, there is some controversy.

How Do You Kill Weeds Without Harming Pets? [4 Methods]

If you wish to avoid using a chemical non-selective herbicide in your yard, Natria is not the answer. Although Natria is unlikely to harm your pets as long as you follow handling and use instructions, there are weeding methods that pose even less risk to your pets. Here are the best options for pet-friendly weed control:

This weed killer contains citrus oil as its active ingredient, making it an organic and all-natural weed control option. Even better, a citrus-based weed killer attacks the same range of plants as Natria. Like Natria and Roundup, citrus oil is a non-selective weed killer. This means it will attack all plants, weeds, and grasses it is sprayed on. Because it’s organic, this effective weed killer is also pet-safe. 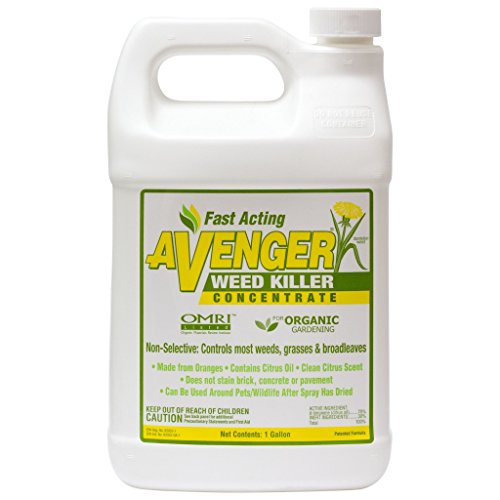 Hand-pulling weeds is one of the best organic weed killers ever invented. It may not be as convenient as a chemical spray, but uprooting weeds with this handy tool kills them completely. As an added bonus, hand-weeding eliminates weeds right away. Natria and similar sprays take 7–14 days to kill weeds. So, keep your pets and family safe from chemicals by using hand-weeding tactics.

Adding natural mulch to gardens and flower beds has several benefits. One of these benefits is that it smothers weeds and prevents new ones from sprouting. Instead of spraying chemicals near your flowers, vegetables, and pets, try replenishing a 3–4 inch layer (7.5–10 cm) of mulch each spring. This will help keep your garden weed free the natural way.

Although many DIYers claim vinegar is a great way to rid your garden of weeds, the truth is it’s a terrible choice. The acetic acid in vinegar is deadly to bees. It can also disorient worker bees, driving them off and starving their hive. Because bees are essential pollinators, it’s best to avoid killing or driving them off. Additionally, vinegar doesn’t kill weeds to the root, so it’s a very ineffective alternative to a true weed killer or hand-weeding.

Natria Grass & Weed Control is billed as one of the safest herbicides on the market. However, it is not a natural or organic product. If you’re looking for a natural weed killer, Natria does not fit the bill. However, it should be safe for use around pets as long as label directions are followed.