After dethatching, use a rake, leaf blower, or lawn sweeper to collect loose thatch. Thatch left on your lawn won’t break down because it resists decomposition. So, it is best to compost thatch or throw it away. Composted thatch turns into beneficial organic matter that can fuel plant growth in your garden. If you don’t have the opportunity to compost—or if your lawn has been treated with pesticides or weed killers in the past 6 months—it’s best to throw thatch in the trash.

What is the Next Step After Dethatching Your Lawn?

Once you’re done dethatching your lawn, it’s essential to clean up the thatch immediately. If you leave thatch on your lawn, it will harbor pest insects, mold, and plant diseases that can spread to your living grass. To clean up thatch, use these methods:

Although grass clippings decompose surprisingly fast, thatch does not. This is because thatch is made up of grass stems and runners that contain high quantities of lignin—a plant compound that resists decomposition. If you don’t clean up thatch now, it will linger for months. This ruins the look of your lawn and prevents your grass from bouncing back after you remove the excess thatch layer.

Should You Bag After Dethatching?

Bagging loose thatch is the perfect next step after dethatching your lawn. Whether you use a lawn sweeper, bagging mower, or simply rake thatch into bags, it’s essential to remove the old thatch to promote a healthy lawn. Then, you can transport bags of thatch to your compost pile or the trash.

Many species of pest insects, such as sod webworms, live in the thatch layer of your lawn. By dethatching your lawn with a power rake or vertical mower, you take the first step toward destroying the habitat for these pests. However, if you leave old thatch on your lawn, these insects will continue to hide in the piles of dead, brown thatch. By bagging your thatch, you can make major progress toward eliminating lawn-destroying insects.

Is Thatch Good For Compost?

Thatch makes great compost as long as the lawn the thatch comes from was not treated with pesticides or herbicides for at least 6 months prior to dethatching. Thatch won’t decompose well if you leave it on the surface of your lawn, but it will break down into organic matter when composted. To encourage thatch to break down faster, add grass clippings and high-nitrogen fertilizer to your compost pile.

It is essential to only compost thatch that was not treated with pesticides or herbicides for 6 months. Many pesticides that are effective at killing lawn pests can be harmful to humans. Plus, weed killers that are safe for grass will kill garden plants and flowers. Since you will typically use compost in your garden, it’s best to use untreated thatch for your compost. This way, your compost will benefit your garden without any harmful side effects.

Should You Throw Thatch Away?

Discard thatch as green waste if you have used chemical weed killers or insecticides in the 6 months prior to dethatching. Because these chemicals are dangerous to add to compost, your best course of action is to bag chemical-treated thatch and dispose of it.

Unfortunately, thatch will not break down for months if it isn’t composted. So, there’s no good way to manage loose thatch that can’t be added to a compost pile. Rather than leave thatch on your lawn where it can breed mold, insects, and lawn diseases, throw it out within 1–3 days after dethatching.

What Can You Do With Thatch After Dethatching?

Once you have used a dethatcher on your lawn, your next steps should be:

Unlike grass clippings, thatch won’t break down on its own. To prevent mounds of thatch on your yard from harboring disease and insects, it should be gathered up immediately. Then, your lawn can begin to recover from the stress of the dethatching process. 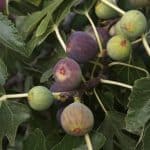 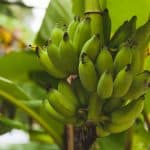