Although Roundup is very effective at killing weeds and grasses, it won’t kill moss. Instead of Roundup, use a specialized moss killer spray to wipe out unwanted moss growing on bricks or pavers. Alternatively, you can power wash moss off your bricks or spray the moss with a mixture of bleach and water. Clean or power wash your bricks regularly to prevent moss from returning.

Glyphosate—the active ingredient in Roundup—kills plants when it is absorbed by the leaves and carried through the roots and stems by the plant’s vascular system. Moss doesn’t have a vascular system, so Roundup is poorly absorbed and is not circulated through mosses. This means moss will shrug off an application of Roundup even if other plants growing among the moss are killed.

The weeds, grasses, and other plants that Roundup kills are more complex organisms than mosses. The vascular systems of these plants are similar to the veins in the human body. Mosses, algae, and lichens are simple organisms. They do not build a complex system capable of circulating systemic herbicides like Roundup through the plant. So, you’ll have to use another method to kill the moss on your brick pavers.

How Do You Kill Moss on Brick?

The best methods for killing moss on brick either use specialized moss killers, a power washer, or homemade moss killer mixtures. Our favorite moss-killing tactics are:

Power washing is one of our favorite tactics for removing a thick growth of moss on brick walkways and pavers. This is because pressure washing will remove the moss from the brick at the same time it kills it. Other moss killer sprays will kill the moss but you’ll still have to scrape or scrub the moss off later. Using a pressure washer accomplishes both these tasks in one step. 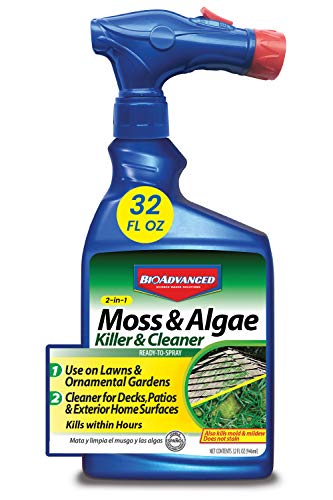 It’s important to note that bleach can discolor brick or concrete pavers if used improperly. However, if you mix 1 cup of bleach for every 2 gallons of water, you should sufficiently dilute the bleach that it will not harm your bricks.

If you would like to take extra precautions against damaging your bricks while killing moss, use oxygen bleach instead of chlorine bleach. This bleach variety is far less damaging to your pavers. As another option, use a mixture of vinegar, warm water, and a drop of dish soap to scrub moss off your bricks. 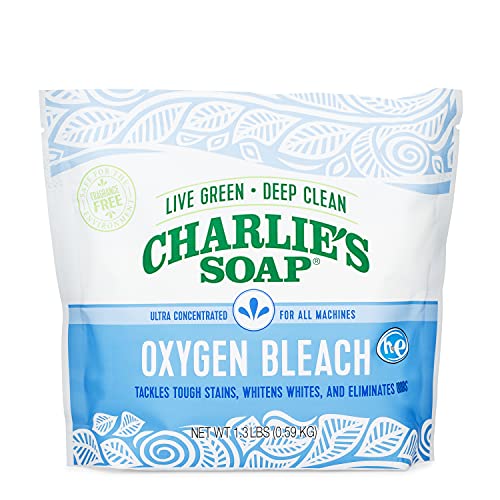 How Do You Stop Moss From Growing Between Bricks?

The best way to prevent moss from growing between your bricks is to keep them clean and dry. However, because moss is more prone to growing in regions that receive a lot of rain, keeping your bricks dry may not be an option. Instead, plan to power wash your bricks 1–2 times per year to keep moss from growing.

Will Roundup Kill Moss and Algae on Bricks?

Before you reach for the Roundup to kill off the moss on your bricks, keep these facts in mind:

These simple tricks will help you wipe out the moss on your bricks and keep it from returning. While Roundup won’t do the trick for moss, it’s still extremely useful for killing a wide variety of weeds and invasive grasses.